Why You May Need to Consider a Thyroid Test 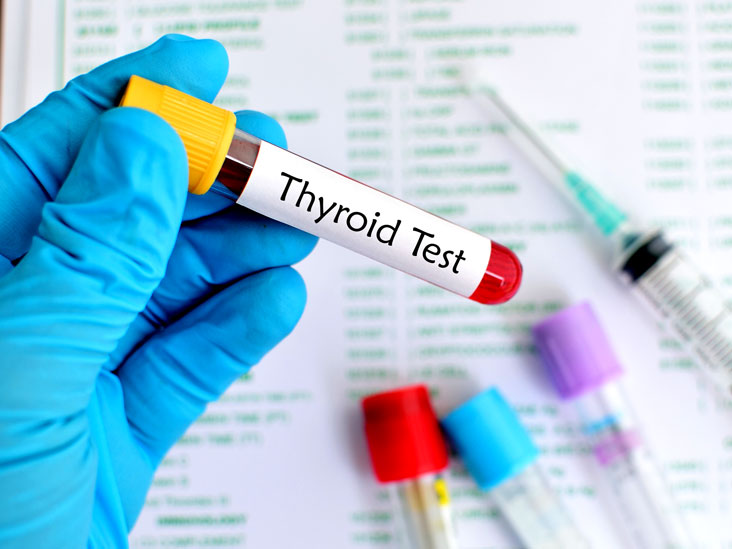 For such a small gland the thyroid has a huge influence on the health of a person. The thyroid is a butterfly-shaped gland in the neck that produces the thyroid hormone. It is responsible for all metabolic actions in every cell of the body. It is a huge factor in regulating the functions of the body. Common symptoms from an underactive thyroid are often misdiagnosed. Fatigue, weight gain, dry skin – most people attribute these to their diet or exercise, especially if these is your only symptoms. Women are disproportionately affected by thyroid issues and the symptoms are often dismissed as stress or even the menopause.

Doctors often don’t think to test the thyroid hormone levels, instead of treating the symptoms presented and not digging for the root cause. Symptoms of hypothyroidism appear gradually and are often also symptoms one would expect of ageing or stress, or other mild conditions. Symptoms such as muscle aches and pains, or depression are often treated as a standalone issue rather than as a sign of something else.

Symptoms for thyroid issues include constipation, poor appetite and intolerance to cold. One tell-tale sign that is harder to misdiagnose is a swollen thyroid; most people are unaware they have an issue with their thyroid until diagnosed as public awareness for thyroid issues are quite low.

Doctors often rely on checking the TSH (thyroid stimulating hormone) levels for diagnosis, although TSH alone is not enough to provide an accurate picture. Doctors rarely do a full thyroid blood panel or an investigation into a patient’s medical history. The reliance on this subpar inaccurate test leaves millions undiagnosed and suffering. Many patients have the textbook symptoms of a thyroid issue but are ruled out when their TSH levels appear normal.

Doctors should never give out a diagnosis on any condition without doing a thorough investigation. But, without a full thyroid blood panel, doctors can’t see the full picture. The thyroid produces T4 which is converted to T3, which is then used by the body. It is assumed that this conversion is happening without issue so doctors don’t check the T4 and T3 levels. A full thyroid panel should at the very least include tests for your TSH levels; T3, T4, thyroid peroxidase antibodies and thyroglobulin if it is to be considered comprehensive.

If your doctor refuses or limits these, ask for a second opinion. Thyroid issues have the potential to disrupt literally every aspect of bodily function. It can have really debilitating effects on your health and yet it is still misunderstood in the medical community. To diagnose this condition doctors should compile an extensive clinical history including symptoms, a physical examination, personal and family medical histories.

Medication will be important when managing hypothyroidism. Cytomel is a man-made hormone that replaces and subsidises the body’s natural thyroid hormone. Which you can buy from this link: https://internationalpharmacy.com/products/cytomel-tabs-liothyronine

Sexual Preferences and Intimacy in a Long-Term Relationship